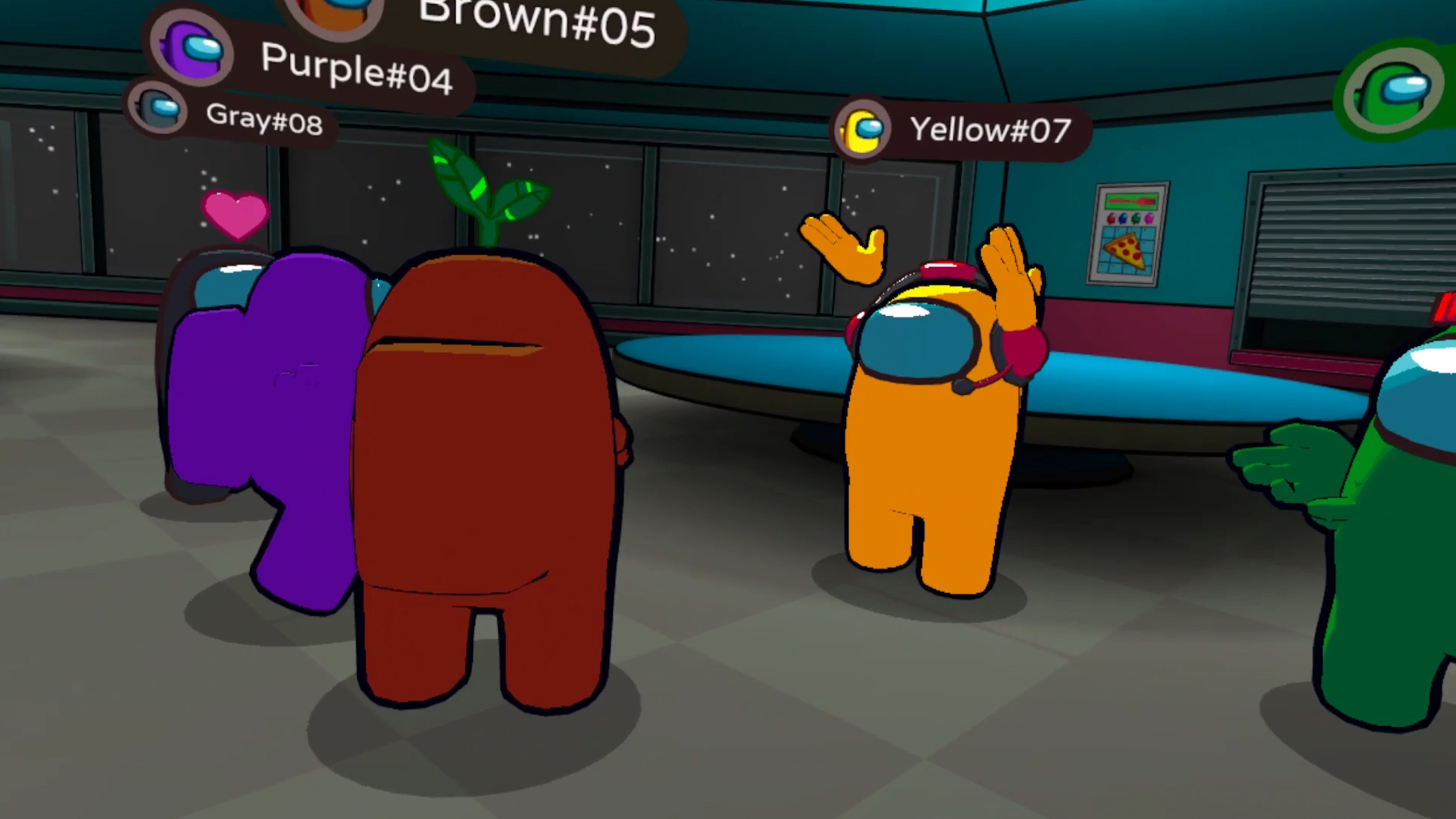 Betraying your friends has never felt so good.

After long last, Among Us VR has finally launched on headsets, offering players a new and exciting way to betray their friends in VR. Developed by Schell Games, Innersloth LLC, and Robot Teddy, this official remake of the popular social deduction game was built from the ground up for VR headsets.

For those unfamiliar with the original game, Among Us tasks you and your crewmates with exploring a futuristic spaceship while completing a series of important objectives. That is unless you’re playing as an Imposter, in which case it’s your job to sabotage the ship while murdering your fellow crew from the shadows.

Crewmates can request a special meeting if they notice any suspicious behavior or discover a dead body, at which point you’ll need to state your case to the rest of the group. Players have a set amount of time to vote on who they think is the murderer. The game ends when all the Imposters have been ejected from the ship or when time runs out, in which case the Imposters are victorious.

Among Us VR builds upon the original experience with proximity voice chat and new tasks (mini-games) designed specifically with motion controls in mind. As is the case with the original, Among Us VR features text chat as well as various customization options, including different avatar colors and hats. You can also purchase special hats for an additional $3.99.

“We wanted to preserve the core and the heart of Among Us, which we discovered through play was mostly about the social interaction,” said Among Us VR project director Mike Traficante in an official release. “It’s really a game about getting together with people and being granted permission to lie to them, and the fun that comes from that.”

“What we discovered right away when we started working in the VR space was that when you’re in person with other people, you can see their face, you see their face mask and their hands, you hear their voice and it’s directional, and it’s just so intimate that the lying deal is either so good or so super awkward, depending on your psychological makeup—but it’s so real in a way that the original game isn’t. That was super exciting.”

I had the chance to hop into a few matches earlier today that had me tearing up with laughter. The tasks, while simple, make interesting use of your motion controllers. This includes everything from steering the ship to entering important passcodes. Playing from a first-person perspective adds an additional layer of intensity to the experience; peaking around the corner of a poorly-lit hallway feels surprisingly unsettling despite the cartoon-like graphics.

That said, I do wish that your motion controls were used for more than just completing tasks and gesturing to other players; reporting a body or “killing” another player is done by simply pulling the trigger on your controller. In the future, I’d love the ability to physically interact with ventilation shafts as well as other players.

“We were able to do a lot of syncing up with Robot Teddy and InnerSloth and figuring out just what this should be,” added Among Us VR lead producer Jennifer Rabbitt. “We got to just really stay close with them. Even from the get go, we called it this co-development relationship, and we wanted to preserve what made the game so good. … One of the things that they wanted to make sure of was that this didn’t turn into a horror game.”

“Among Us VR will develop its own community, and we want to listen to them,” added Rabbitt. “We want to give this space and enough flexibility for us to grow it into its own product and be its own thing. This is the starting point. We really wanted to stay true to VR and what is immersive—what works for VR, not just consistently translating the original game. And Innersloth and Robot Teddy are very much on board with that ethos.”

Among Us VR is available now for $9.99 on Quest 2, Quest Pro, Rift, and PC VR headsets via Steam. As previously mentioned, you can purchase five special hats for an additional $3.99. For more information visit here.