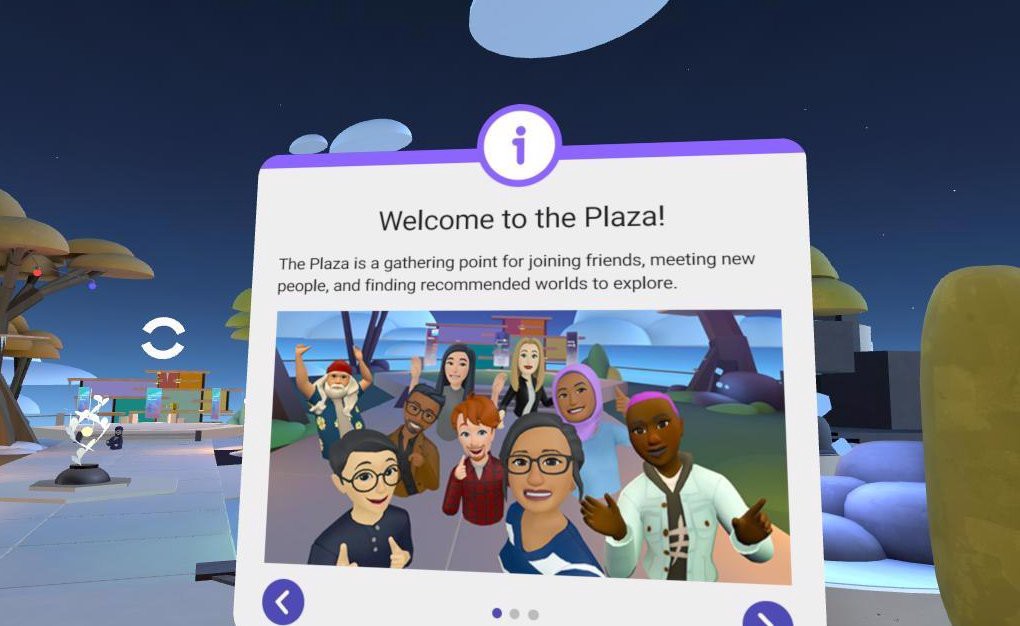 It’s Probably Not What You Think

You know you’ve done your job as a propagandist when a word you start using a lot provokes a counter-reaction within a few weeks.

Hundreds of articles already proclaim how much “Metaverse” sucks. Apple has now publicly defined its overall future strategy as not-Metaverse. Doesn’t get any better than that.

The indisputable result is that more people have now heard about the Metaverse than the Thwaites Glacier, (aka, the Doomsday Glacier, google it if you dare).

Expectations have been created, folks.

And surely one of the planet’s deepest pockets, after years of development and another couple in beta release, has something in place to meet and greet those expectations, right?

I’m holding off on a ‘Yes or No’ answer to that simple and obvious question, because it’s complicated.

No, Facebook/Meta does not have its VR act together anywhere near as well as its publicity act.

But, that doesn’t mean there isn’t something in place to meet and greet the expectations. It just means that Facebook/Meta didn’t build it. Which also means it is harder to find. That’s a problem.

1. How VR could bring transhumanism to the masses

2. How Augmented Reality (AR) is Reshaping the Food Service Industry

To be clear, Horizon Worlds is an app, or a social VR platform, or a virtual universe … take your pick. An app or a platform is not a community. It is a product, developed for the express purpose, in this case, of recouping the billions invested in VR.

Communities tend to live on platforms and the relationship can get feisty sometimes. Many groups and communities have developed and thrived in Horizon during the beta period. Well-organized teams produce pro videos. World-hopping tours feature the creativity of the early participants. Public ‘How-To’ resources have been created. All by creative people who did it because they felt like it.

They learned from each other and the Horizon Creator Community evolved, a network of smaller networks and also a home for anyone looking to contribute and belong. It has charismatic leadership and plenty of participants who know that VR is not a game. The core activities of scheduled VR events and just hanging out in Horizon Worlds are layered-over with a 2020s mash-up of a Facebook Group, Messenger, emails, and zoom calls.

Most of all, the community stands for something that is not just the words diversity, equity and inclusion, but the experience of thinking about those values with every post that gets posted and every world that gets built. It is not a simple matter.

You too can be a Winner! author’s pic

Meta holds World Building contests and awards cash prizes. That way, a few people get all the money while lots of people contribute ‘user-generated content.’ Maybe it’s a good business model for an app and maybe not, we’ll see. But it’s definitely not a framework for building community.

All the forces that make communication difficult in the so-called real world are naturally part of Horizon Worlds because who the heck do you think the avatars are? They’re just people, mingling with other people they don’t usually mingle with or even relate to in any way. Of course people are going to rub each other the wrong way.

The early adopters might have thought that growing a values-based community from scratch in VR was the hard part. Hah!

The real hard part started the minute the owners of the app fully opened themselves up to at least part of the world, U.S. and Canada.

From the time of its initial announcement in September, 2019 until the beta period ended in December, 2021, anyone who got into Horizon Worlds had to want to and had to do something to make it happen.

Since this year’s holiday season, anyone who got a new headset was drawn in effortlessly by Meta’s vague promises of your-summer-vacation-forever.

It is not what greeted them.

What greeted them was the Muddle-Verse, where things have been stirred up and it’s not easy to find your way.

This is what The Plaza, the first public hang-out place offered in Horizon World, looked like on January 15, 2022 at about 7:00 pm pst:

It looks like zero, zilch, nothing there. Looks can be deceiving but unless you know where to look and what to do if you even see it, there might as well be nothing there.

It wouldn’t be a Muddle-Verse if there was nothing there. It’s takes something to be stirred up, but to a newcomer it doesn’t look like the expectations that were created, whatever they were.

I think it is useful to look at January, 2022 as the beginning of the VR Baby Boom.

Some beta-people who fought a few wars to make the world free were in already — but here comes the kind of demographic blip that the original Boomers represented a few years after WW2.

The connection between a human newborn and a VR newcomer is both revealing and misleading. Newcomers are like babies in that they are unable to do anything at first. This is a humbling and potentially humiliating experience for some people — because newcomers are not like babies in that they already have baggage and most of them are uncomfortable in beginner’s-mind since they haven’t been there in decades.

You’d think that a platform known for the deep psychological insights they use to monetize us would have paid at least some attention to the moment of birth. Sadly, Frederick Leboyer died just before the beta program was launched or he might have helped with making the transition. While Leboyer drew awareness to the experience of the newborn, going from a warm, dark, quiet, floaty place into a new world — no one seems to have thought about the all-important first impressions in VR.

author somewhere in some world

I am post-career, doing what I care about and what feels meaningful to me. I have no need to build my profile by throwing things at Meta, plus they are too big and easy to throw at anyway.

No platform has a birthing center. Most people don’t remember Leboyer but most hospitals did pay attention and did begin to display some awareness of the newborn’s birth experience.

‘Friction’ as a metaphor is usually thought of as bureaucratic impediments, but the biggest impediments, I believe, are internal and psychological.

Many post-career people, for example, could be adopting VR to socialize, to travel when we can’t travel, or to dig in deeply and make a contribution in a VR community. They aren’t though. Being a newborn in your 60s or 70s requires a smooth transition with no loss of status. Until people know there is one, most won’t take the risk of doing something wrong in front of everyone.

Or, to back away from the extended metaphor — Horizon Worlds or any social VR platform needs to provide a more nurturing environment for newcomers.

The people who actually built the Worlds in Horizon Worlds tend to be self-starters. Like most builders, people in the Horizon Creator Community also love showing other people how to build. There are ample grounds for optimism here.

All the necessary forces are in place, they just haven’t quite connected yet.

When they do, I want to be there.

I seriously doubt that even 1% of the new demographic boom trying out Horizon Worlds had meditation on their list of things-to-try-out.

That’s because they were told :

Meditation helps train us to notice what is actually going on, not what we are conditioned to see.

The pioneers have already learned that VR is not a game, that they can be community activists, and if they organize, they are in charge.

What no one has learned, yet, is how to meet every single new person right where they are, welcome them into a community and show them what it means.

When we figure this out, it will be clear that a real community has more power than any platform.