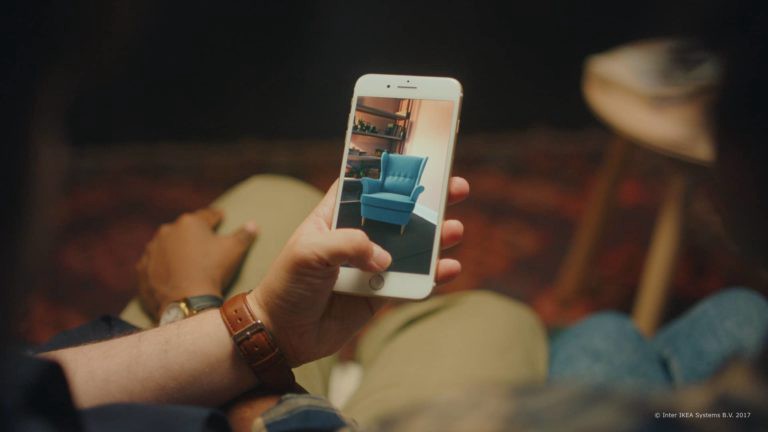 The metaverse continues to be a runaway train. The term has become so overused that it’s lost all meaning. And like any sector in the grips of a hype cycle, a market correction looms. A fully-actualized metaverse is decades away, so expect several mini-hype cycles along the way.

Stepping back, there are at least two metaverse tracks (and likely more that develop). The more often-discussed track involves fully virtual and synchronous worlds. Then there’s the real-world metaverse that adds digital dimension and context to the physical world, mostly utilizing AR.

In both cases, a core principle is 3D….or what Mark Zuckerberg calls an “embodied internet.” So 3D content — and the tools to create it — are key metaverse building blocks. Better yet, 3D content is finding pre-metaverse value today in social lenses and camera commerce.

The latter is particularly opportune. It includes product visualization such as 3D shopping (product models to spin & zoom on your desktop), or AR (the same thing overlayed in your space). Tools like Google Swirl offer both, which can boost conversion rates meaningfully.

1. How VR could bring transhumanism to the masses

2. How Augmented Reality (AR) is Reshaping the Food Service Industry

Against that backdrop, San Francisco-based Avataar has raised $45 million in Series B funding. It works with brands like Samsung and Pepperflow to enable 3D and AR product visualization in their shopping flows. It boasts low-friction ways to get up and running quickly.

For example, companies can use 2D images from existing products, as long as they’re at least 1080p. From there, Avataar’s tech goes to work in stitch together 3D models. It can also create customized variations for a given product on the fly, including colors and textures.

The results can be meaningful, including increased conversions. For Avataar, this happens to the tune of 3.5x deltas over 2D benchmarks. 3D visualization has also been shown to reduce product returns — an expensive problem — given a more informed consumer purchase.

Meanwhile, Snap and Deloitte report that mobile AR adoption follows the trendline of early smartphone adoption. They also project that 75 percent of the global population will be frequent AR users by 2025; and that there are already 100 million consumers who use AR to shop.

These players fill a key gap and lower adoption barriers for brands. For example, AR shopping early adopters like IKEA and Wayfair have developed homegrown tech. But for most other brands to jump on board and scale large product libraries, some degree of standardization is needed.

This also comes at the right time. Not only has the Covid era boosted eCommerce — and shopping tech with it — but 3D product visualization scratches an itch by bringing IRL dimension back to shopping. It’s been particularly valuable with bulky items like cars and couches.

Meanwhile, “picks and shovels” 3D shopping tech could be where the real opportunity lies. Though front-end players like Snap and Shopify get the spotlight for bringing AR commerce to consumers’ fingertips, underlying tech enablers are doing the heavy lifting behind the scenes.