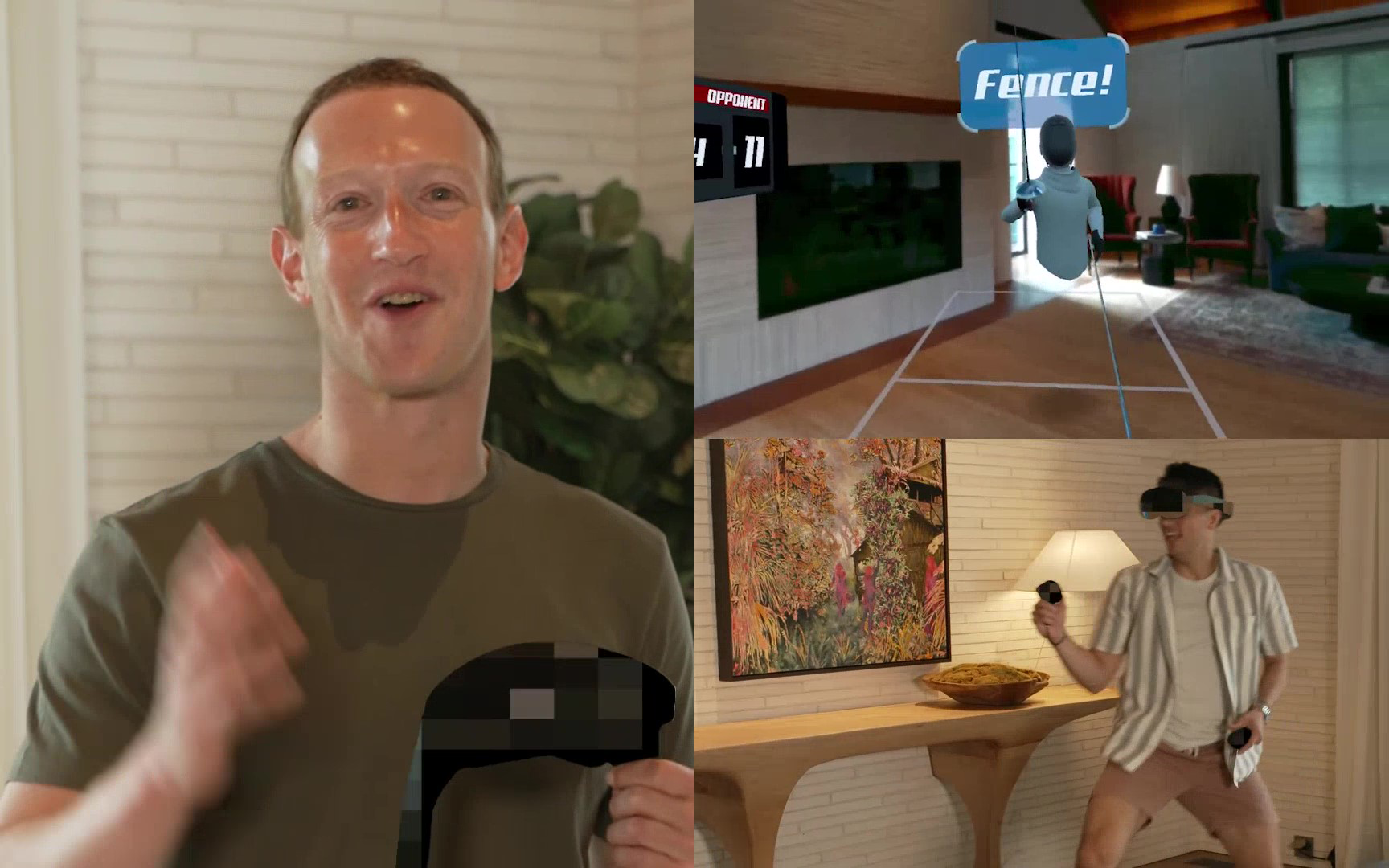 []The video shows off the soon-to-launch headset’s flagship new feature: color passthrough. We also saw the passthrough back in May when Zuckeberg teased another mixed reality demo on Quest Pro. But both videos were posted to Facebook & Instagram which apply heavy compression to uploaded content so it’s hard to judge the image quality.

[]Meta still refers to Quest Pro as Project Cambria – the codename given when it was announced at Connect 2021. Zuckerberg used the name ‘Quest Pro’ in an interview though, and it’s present in the Quest iOS app. It was effectively confirmed earlier this month when a hotel worker found an engineering sample with retail packaging. Zuckerberg told investors the product’s focus is work use cases, and a leaked internal memo described it as for “prosumer / industrial-grade mixed reality”  – though it will also run existing Quest content.

[]Whereas Quest 2’s view of the real world is a low resolution black & white, Meta revealed Quest Pro has higher resolution cameras with color and a depth sensor to make mixed reality practical.

[]Meta also revealed the headset has built-in eye tracking and face tracking to drive avatars in social experiences. And In April a prominent supply chain analyst claimed the headset will have dual 2160×2160 Mini-LED LCD panels, up from the less than 1832×1920 pixels per eye of Quest 2’s regular LCDs. Import logs suggest it will have 12 GB RAM, up from Quest 2’s 6 GB.

[]Quest Pro is set to be formally announced at Connect, Meta’s annual AR/VR event on October 11th. Meta revealed it will be priced “significantly” above $800 and sold alongside Quest 2, not replace it.