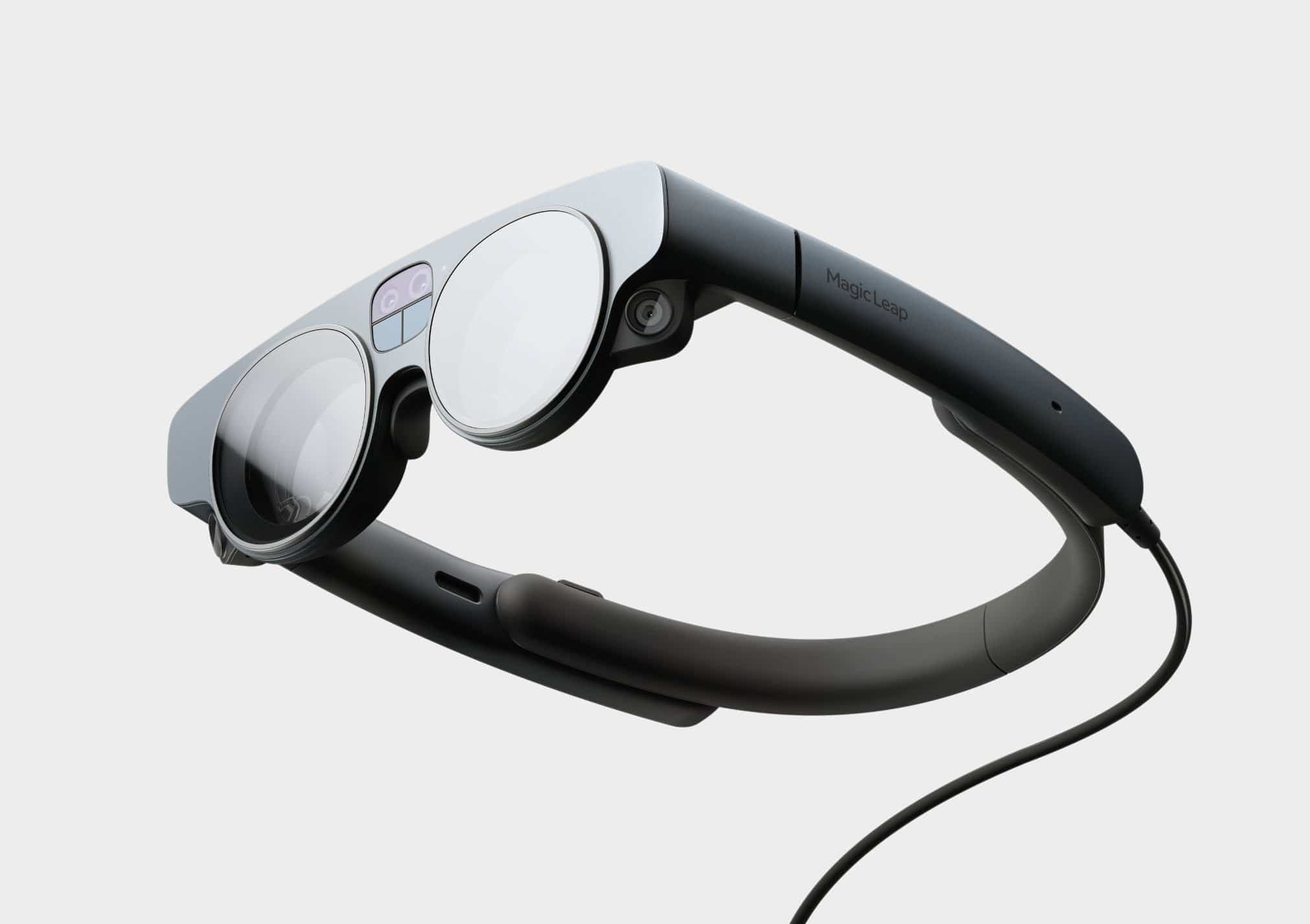 []Magic Leap 2’s specs – at least some of them – were revealed this week in a presentation at SPIE Photonics West 2022.

[]While Microsoft HoloLens came out first targeted toward businesses, the original Magic Leap One launched in 2018 as the first augmented reality headset available to consumers, priced at $2300. After reportedly selling just 6000 units in the first six months, the company pivoted to targeting enterprise customers instead in 2019.

[]Magic Leap 2 was first teased back in late 2019 with a launch target of 2021, though no details were given. In October 2021 the company shared the first image and announced it will launch this year, claiming it will have the largest field of view of any transparent optics headset.

[]However, Magic Leap headsets use a tethered compute box attached to your waist rather than housing the battery & processor in the headset itself. Curtis says ML2′ new compute box is more than twice as powerful as ML1’s with “more memory and storage” too. While ML1 used an NVIDIA Tegra chip, Magic Leap announced a partnership with AMD in December.

[]ML1 has two variants to accommodate narrower and wider interpupillary distances (IPDs). Curtis claims ML2’s eyebox is twice as large meaning this is no longer necessary. The eyebox refers to the horizontal and vertical distance from the center of the lens your eyes can be and still get an acceptable image.

[]ML2 seems to have its own unique optical technology though; a new feature called Dynamic Dimming. A major problem with see-through AR headsets is the inability to display the color black, since their optical systems are additive – they superimpose color onto a transparent lens, but black is the absence of color. Curtis claims dynamic dimming can vary the lens from letting through 22% of real world light to letting through just 0.3%. At 22% the real world will be visible even in dark rooms, 0.3% would let virtual objects remain visible even in bright outdoor conditions.

[]ML1 had one eye tracking camera per eye, but ML2 has two per eye, which Curtis says “improves image quality, minimizes render errors, and enables “segmented dimming”. The later use case wasn’t elaborated on, but may suggest the headset could vary the Dynamic Dimming level based on whether you’re looking at darker or lighter virtual objects.

[]Notably, Curtis did not reveal the resolution or the exact field of view. But CEO Peggy Johnson revealed it in November at Web Summit as approximately 70 degrees diagonal, up from 50 degrees in the original.

[] Magic Leap 1 is targeted toward enterprise but still available to individuals who want one. It’s unclear what sales path Magic Leap 2 will take, and no price or specific release date has yet been revealed.