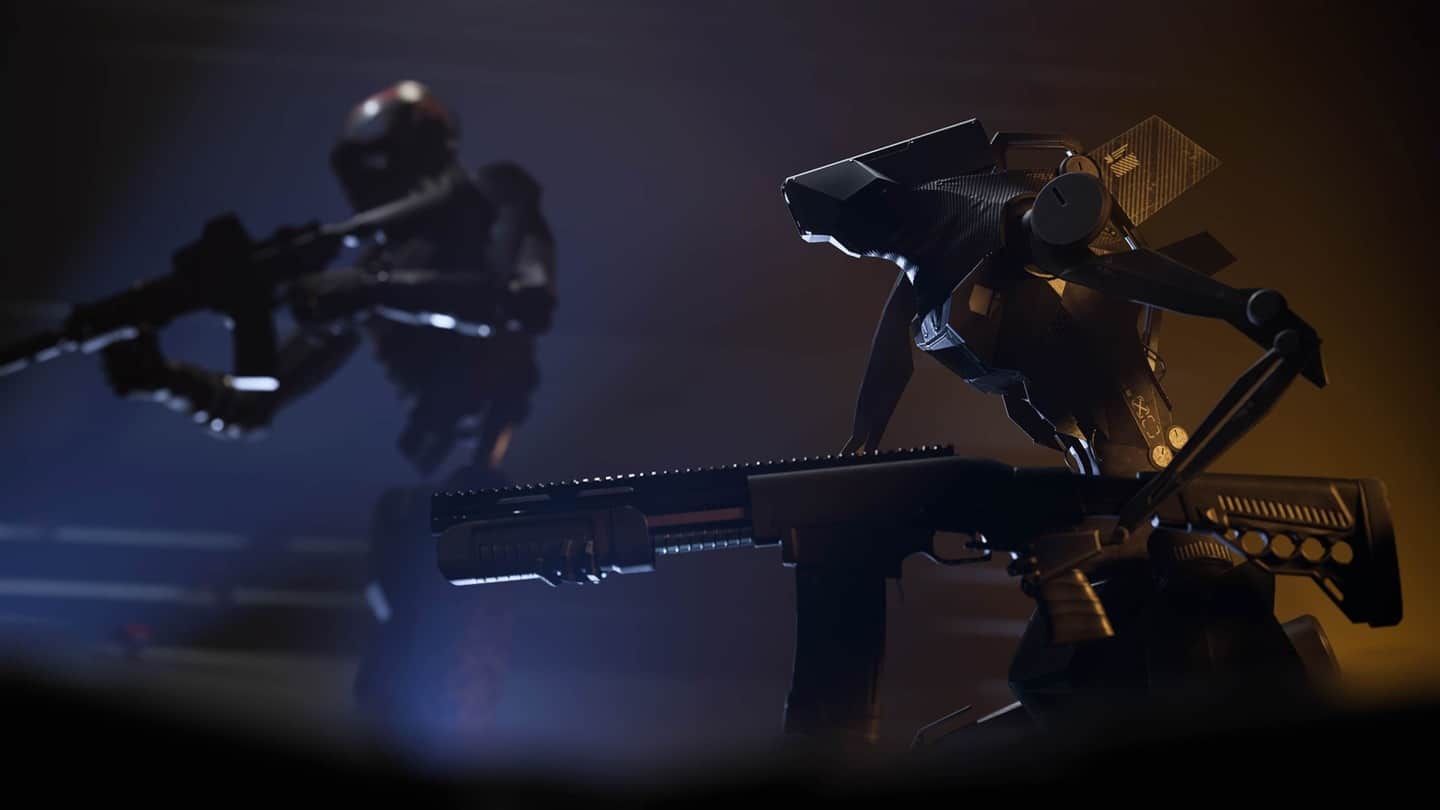 []Talking me through a demo on the Gamescom show floor, it’s clear what design philosophy the developers at Digital Lode have for Espire 2: give players as much freedom as possible.

[]Since the release of Espire 1 in 2019, the team at Digital Lode has grown significantly. This increase has clearly let the studio expand its scope for the game’s sequel, Espire 2, set to release in November for Quest 2. After playing around 15 minutes of the game, I get the impression that Digital Lode want to foster creative solutions and provide a toolkit that encourages experimentation.

[]As such, there’s now more options than ever. Players will be able to choose between two distinct operatives with different physical proportions and unique strengths and weaknesses. Sinder is the main operative, who hits all the expected stealth character beats – he can choose from a quiet approach, sneaking around enemies and pacifying them undetected, or go for a more guns-blazing strategy, engaging in any level of lethal action.

[]Sooty, the second operative, is quite different –  most immediately in size. You’ll operate on the exact same maps no matter who you pick, but Sooty is physically much smaller than Sinder, which lends itself to a whole different style of play. Sooty can access areas that Sinder can’t and is generally better at sneaking around undetected. However, his small size also has limitations. He can’t fire an automatic rifle, for example – it’s simply too big and looks comically huge in his tiny hands. If you try to use it anyway, the recoil and spread makes aiming near-uncontrollable.

[]When the choice is to be tall and strong or fast and small, It’s nice to be able to have a game that allows you to try… both!

[]Playing as both Sinder & Sooty has its advantages and can definitely shake up your playstyle!

[]Hope you’re up for a challenge! pic.twitter.com/3zeaIs9m1C

[]But when playing as Sooty, what I noticed most was how Digital Lode’s approach to design spread beyond the mechanics of the operatives themselves, but also into the environments around them. As Sooty, I noticed items sitting on low shelves, such as ammo, that I completely missed when playing through the same level as Sinder. Each area is filled with these small adjustments and considerations, granting players lots of options depending on who they play as and how they want to play.

[]Espire 2 will also feature a new co-op mode that takes advantage of both operatives, letting one player take control of each. You’ll play co-op across maps taken from Espire 1, which have been re-worked for cooperative gameplay. While I didn’t have time to demo it at Gamescom, keep your eyes out for more hands-on coverage on co-op specifically before launch in November.

[]Digital Lode have also been working directly with Meta to implement support for in-game voice commands that integrate as a stealth mechanic. Players can speak commands out loud to the guards and enemies in each level, to which they respond appropriately. A few examples include phrases like “hands in the air,” “freeze” or “drop you weapons,” but they also don’t have to be specific phrases either – the voice commands are sent to Meta’s servers, which determine the intent of your words and send back an interpretation in real time. You can say “put your hands in the air” or “get your hands up” – either way, the game should be able to understand the underlying meaning.

[]In #Espire2 you can launch Sooty’s noisemaker, then lure enemies over to it by speaking into your own wrist. Whatever you say plays out of the speaker in real-time!

[]What’s the best thing to say to get a guard’s attention? pic.twitter.com/BNX5Eeyn9E

[]Either operative can use the feature, but it’s especially useful for Sooty, who can remotely issue commands around the map with his deployable noisemaker. It was a fun, innovative feature that worked well in the demo – I’d need more time to try it out on release, but it was a remarkable use of a technology that hasn’t been taken advantage of in other Quest releases so far.

[]I was able to run through the demo level twice – once as Sinder and once as Sooty – and that was enough to show me that Digital Lode are lacing this sequel with a high level of care and attention to detail. As Mike told me, the focus is on giving players the freedom to play however they want. The game might reward you most for a clean stealth approach, but that doesn’t mean you’ll be prevented from charging in guns blazing either.

[]When we reviewed Espire 1, we said that a larger budget and more resources could have pushed it toward becoming a landmark VR title. There’s still lots of Espire 2 we need to see, so we’ll reserve our judgement until the full release. However, after witnessing the scale of the sequel firsthand, it seems like Digital Lode have all the pieces of the puzzle in the right places. We look forward to seeing how it plays out later this year.