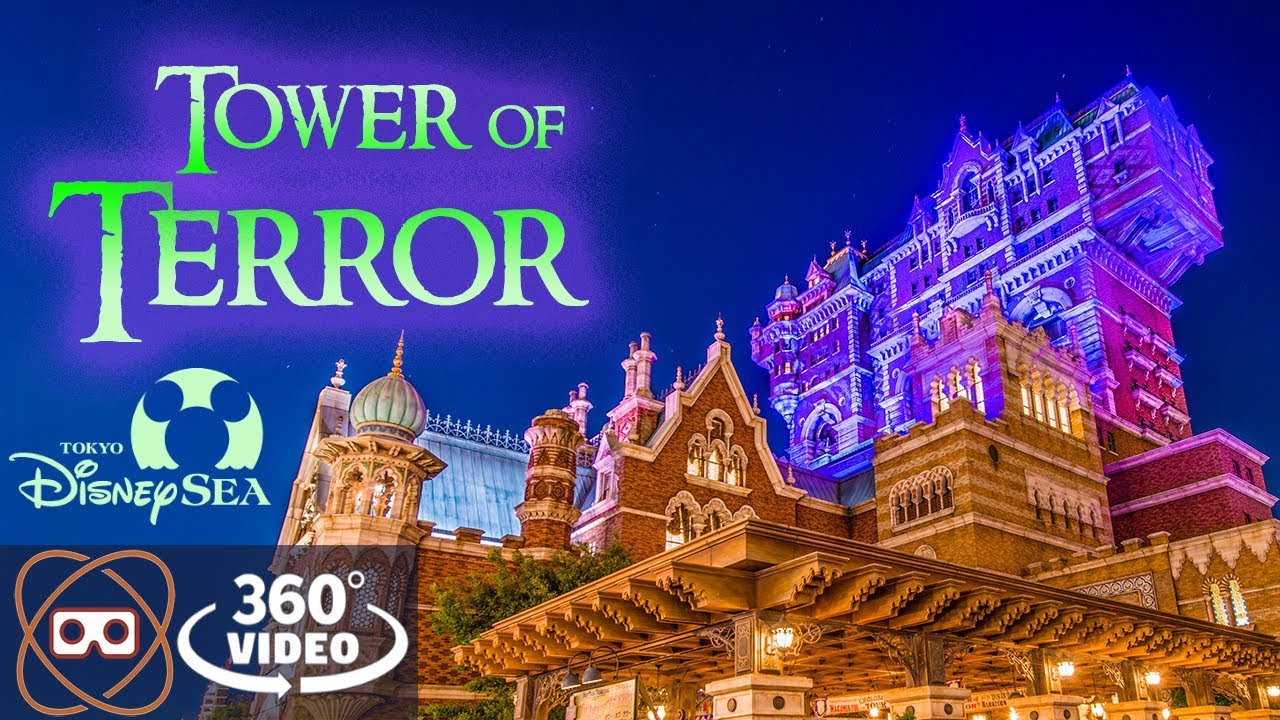 Experience the Tower of Terror Tokyo Disney Sea version, with a story and theme exclusive to the Tokyo Disney Resort, from a full 360 POV! Swipe or move your mobile device/tablet in any direction to look around in 360°, or just click and drag if viewing on a desktop.

Make sure to turn English subtitles on if you don’t speak Japanese!

Not to be confused with the Twilight Zone or Guardian of the Galaxy rides, The Tower of Terror Tokyo DisneySea version is a completely original story and setting designed specifically for this park. Here, the year is 1912 and you’re touring the recently reopened Hotel Hightower, which was closed after the disappearance of its previous owner Harrison Hightower.

“In New York, 1912, stands the hotel known as the “Tower of Terror,” so called after the mysterious disappearance of its owner in 1899. Now, the New York City Preservation Society has finished restoring the infamous hotel, and started giving tours to the public. But what happens when you take the elevator to the top floor…?”