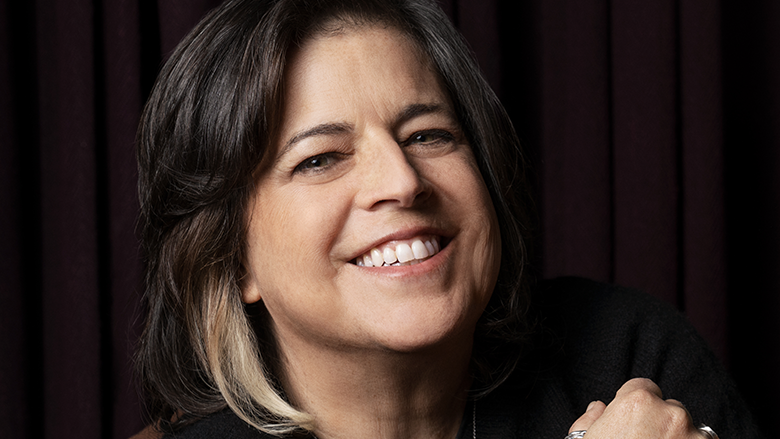 Meta’s VR for Good initiative has a singular mission: to harness the full power of VR to tell stories that matter and have immediate social impact. From racial and social justice to mental health, VR for Good brings together rich storytelling, immersive worlds, and socially relevant stories to generate empathy, empowerment, and understanding. Last week, we launched an updated web presence to better share these stories with the world. And to celebrate, we sat down with VR for Good Executive Producer Amy Seidenwurm to discuss her background, what brought her to Meta, and the intersection of VR and traditional filmmaking.

Tell us about VR for Good.

Amy Seidenwurm: VR for Good funds and fosters narrative virtual reality experiences that have a social impact slant to them. Basically, we use storytelling and technology to help people connect with one another and hopefully empathize with one another and have social impact outcomes. I think I have the best job at Meta—and maybe the best job in the world.

Your work might be kind of hard to understand for people who don’t have a lot of experience with VR. Can you give an example of a piece that shows what this technology is capable of?

AS: With VR for Good, we’re currently doing work that falls into two categories: social and racial justice and mental health. Goliath: Playing With Reality is one of our mental health experiences. It’s a 6DOF story narrated by Tilda Swinton that takes place inside the mind of a real man who’s diagnosed with schizophrenia. It’s his journey of learning about his illness, being in a hospital, and ultimately finding community, getting out of the hospital, and being able to live a relatively normal life. It won the Grand Jury Prize for Best VR Immersive Work at the Venice International Film Festival in 2021 and is now nominated for an Emmy. But we also got a lot of feedback from people in the mental health community who were really thankful that we could show what it feels like to live with mental illness. The project also spoke to our core Meta Quest community. A lot of them are gamers, but it got them to see a totally different side of what this technology could do.

You started doing this six years ago, which is a lifetime in terms of VR technology. How have things changed in that time?

AS: It’s been an incredible trajectory. When I started, all of the work we were creating was for Samsung Gear VR. Remember that? You took your Samsung phone and clicked it into the headset. Today, we’re working with 6DOF—six degrees of freedom—which allows you to actually be inside of an experience, to feel what it’s like to be in somebody’s world.

It seems analogous to the early days of the film industry, moving from short reels to narrative silent films to sound and color and eventually to where we are today. Does it feel that way to you?

AS: Oh, totally. When we first started, you couldn’t have a camera that was closer than six or eight feet from the subject, because it would get so grainy and distorted. Now the cameras have improved so vastly—they’ve gotten so much smaller and have such higher resolution. We can do all sorts of stuff that we just had no chance of doing five years ago.

What brought you to Meta and VR for Good?

AS: I was running digital initiatives for the Los Angeles Philharmonic, and a lot of what we were trying to do was reach a younger and more diverse audience. So we created a VR experience called VAN Beethoven. It was a truck equipped with Oculus Rift DK2 headsets that drove around the city to generally underserved communities. We made the inside of the truck look like a concert hall and gave people a VR Beethoven experience. It was such a huge success, and I was so hooked on it, that I quit my job and started independently producing VR. I did independent production for literally six weeks before I learned that VR For Good needed an executive producer. It was a great opportunity that I still can’t believe happened.

How risky did that seem to you at the time?

AS: Hugely risky. Working at the Philharmonic was an amazing job—I could have easily stayed there for my entire career. But I was so excited about VR. I wanted to learn about this new art form and really believed in it.

One of your goals with VR for Good is to encourage empathy. Most good documentaries do that in one way or another. But how does VR make the experience of empathy more powerful?

AS: One of the things about VR that’s really unique is that you’re fully immersed. If you’ve got a VR headset on and you’re in an app, you are in it. There’s a real power to that. But beyond that, VR lets you do these really cool things. Meta Quest, for example, has a built-in microphone, and Goliath uses that in a completely unexpected way that helps you feel what it’s like to hear voices inside your head and to have things going on within you that you can’t control. I don’t think you could do that in any other format.

What do you love most about your work?

AS: I really love talking to traditional, 2D artists and filmmakers and helping them think about how they could take their practice into our world—riffing on what we can do next with this awesome tech. A big part of what keeps it exciting for me is also getting to work on issues that I feel really strongly about and knowing the brand feels strongly about them, too.

How open are old-school filmmakers to VR?

AS: I think a lot of people see it as a gimmick at first. But as soon as you give them a Meta Quest, they can see the different directions you can take with the technology. In 2020, for example, when they had to cancel the Sundance Film Festival, we distributed headsets so people could experience the festival in the headset. A lot of filmmakers weren’t sold on it—until they put on the headset and experienced how real everything feels. It was incredible to see it. I got to be in the sessions where our amazing demo team walked people through how to use the headsets and gave them experiences to check out. You could see people kind of fumbling around at first, feeling self-conscious, and then suddenly, you see that moment where they’re, like, “Whoa. I could do some really cool shit here.”

What kinds of things are in their infancy now that you’re excited about seeing come to fruition in the future?

AS: As we look toward the metaverse, I’m excited about being able to focus more on building community. With VR for Good experiences, sometimes people come out in tears or they come out upset or mad or joyous. But if they’re watching at home, there’s no place to put that energy. I love the idea of being able to tap into a community in the metaverse, a place where they can get more information or where there are multiple calls to action or places to become activated on a cause or an idea.

And then there are technical advances, like face and eye tracking. I also think we’ll see two-way feedback between the viewer and the system. If somebody is, say, frightened by a scene in a VR experience, the system might be able to back off. Or if they’re excited or laughing—we’ll be able to understand some of the emotions and perhaps have the characters react in different ways.

Lots of us are excited about VR and the metaverse. But these immersive technologies also make some people nervous. Why do you think that is?

AS: It often seems to me that people are afraid of the wrong stuff. They’re afraid of sharks. They should be afraid of cars.

Honestly, I think a lot of people are afraid of VR because they think they look stupid in a headset. And I can understand that—it’s very vulnerable to have this thing on your head and not be able to see how people are perceiving you or if they’re taking pictures of you or if you’re doing something silly. But it becomes second nature. And being able to encounter and interact with other humans within this universe is really exciting and fun. I think that’s really what the promise of the metaverse is.