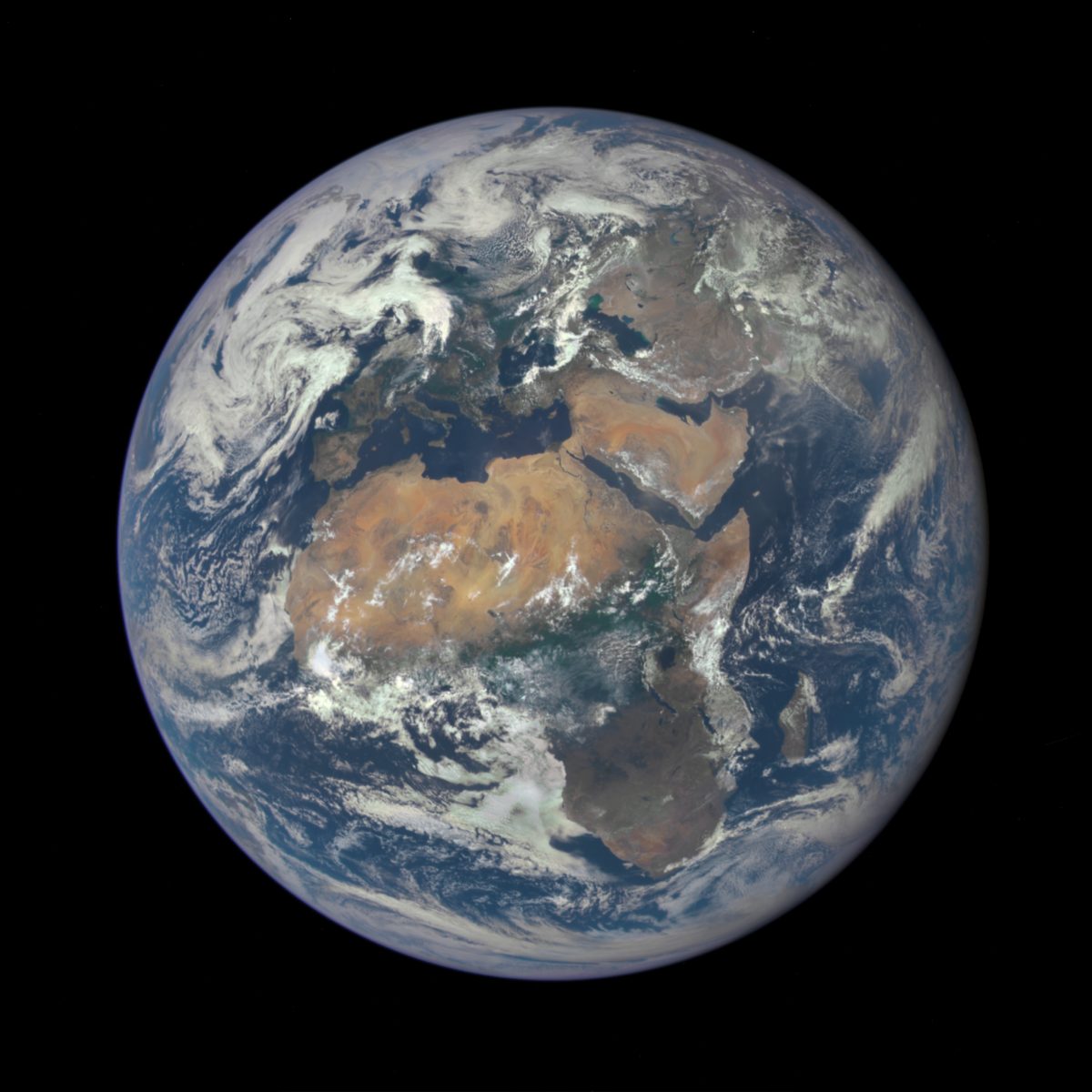 While working with the Space Studies Institute in the late 70’s and early 80’s, Frank White had long been thinking about the implications of living in outer space permanently and what a space settlement of the future may look like. “One characteristic of a living space settlement would be a constant view of earth from outer space”.

Frank developed the idea of the Overview Effect when he was travelling on a cross country flight and noticed from above the interconnected nature of our planet. “Space settlers will always have an overview of the planet” he realised, and the term ‘Overview Effect’ came to mind. It was this train of thought that led Frank to approach NASA and ask if he could interview astronauts about their experiences in space.

Frank was permitted to interview two of the working astronauts of the time, and made arrangements to interview others who had since retired. In 1987, this collection of interviews was combined to form the first edition of The Overview Effect: Space Exploration and Human Evolution, a book based primarily on sixteen separate astronaut accounts of travel in outer space.

First Edition of The Overview Effect

Frank says that each individual account was unique, but there was a common theme — the experience of seeing earth from space brought home certain key insights. “Most astronauts are struck by the lack of boundaries and borders, seeing the planet as a single interconnected entity. They were also struck by how thin the atmosphere is, and the realisation that life on earth is extremely fragile.”

The Overview Effect is in essence a conscious shift in worldview reported by a number of astronauts during spaceflight. This shift in awareness is said to lead to a new perspective of the planet, and the imperative need to create a united planetary society to protect life on its surface.

These reports created the foundation for a belief that the world would be a better place if people were able to experience this transformational perspective themselves. “Bringing the Overview Effect down to Earth” is on the verge of becoming a global movement.

With advances in technology, bringing such an experience to a larger number of people through immersive technology is now possible. SpaceVR is a company using flotation tanks in combination with VR headsets to allow users to float in zero gravity pods while immersed in beautiful views of earth from space.

The company’s founder and CEO, Ryan Holmes, has stated that the first edition of The Overview Effect had a tremendous influence on the development of SpaceVR. The company also have plans to launch a 360-degree camera to the International Space Station with the intention of beaming back a real-time virtual reality feed.

Elsewhere in the VR industry, the non-profit educational foundation SpaceBuzz was created to give children an Overview Effect experience using immersive technologies. In a makeshift rocket, children are able to sit in the chairs of the SpaceBuzz bus and witness a VR experience that takes them on their own voyage through space.

On board the SpaceBuzz bus

EvolVR, who specialise in providing yoga and meditation sessions in VR have also developed a meditation environment in AltSpaceVR that combines the Overview Effect experience with a guided meditation.

Frank White himself has tried one of these sessions and believes that simulating the Overview Effect in this way can only be for the good. He sees the potential in this kind of experience to change people’s perceptions and bring about a different awareness of their own daily lives as well as of global issues.

The ability to transpose our consciousness into outer space encourages us to think deeply about our place in the universe, the history and fragility of life on earth and what the future holds for our species on this planet. Space exploration and VR is a combination destined to flourish.

Out of 110 billion people who ever lived, fewer than 600 have actually seen earth from space. Now, with advances in technology this experience, or something similar to it, has the potential to become commonplace. One of the key points I took from my interview with Frank was the difference between intellectual and experiential knowledge, and I would strongly encourage people to experience for themselves what it is like to look back at our own planet from outer space by any means possible.