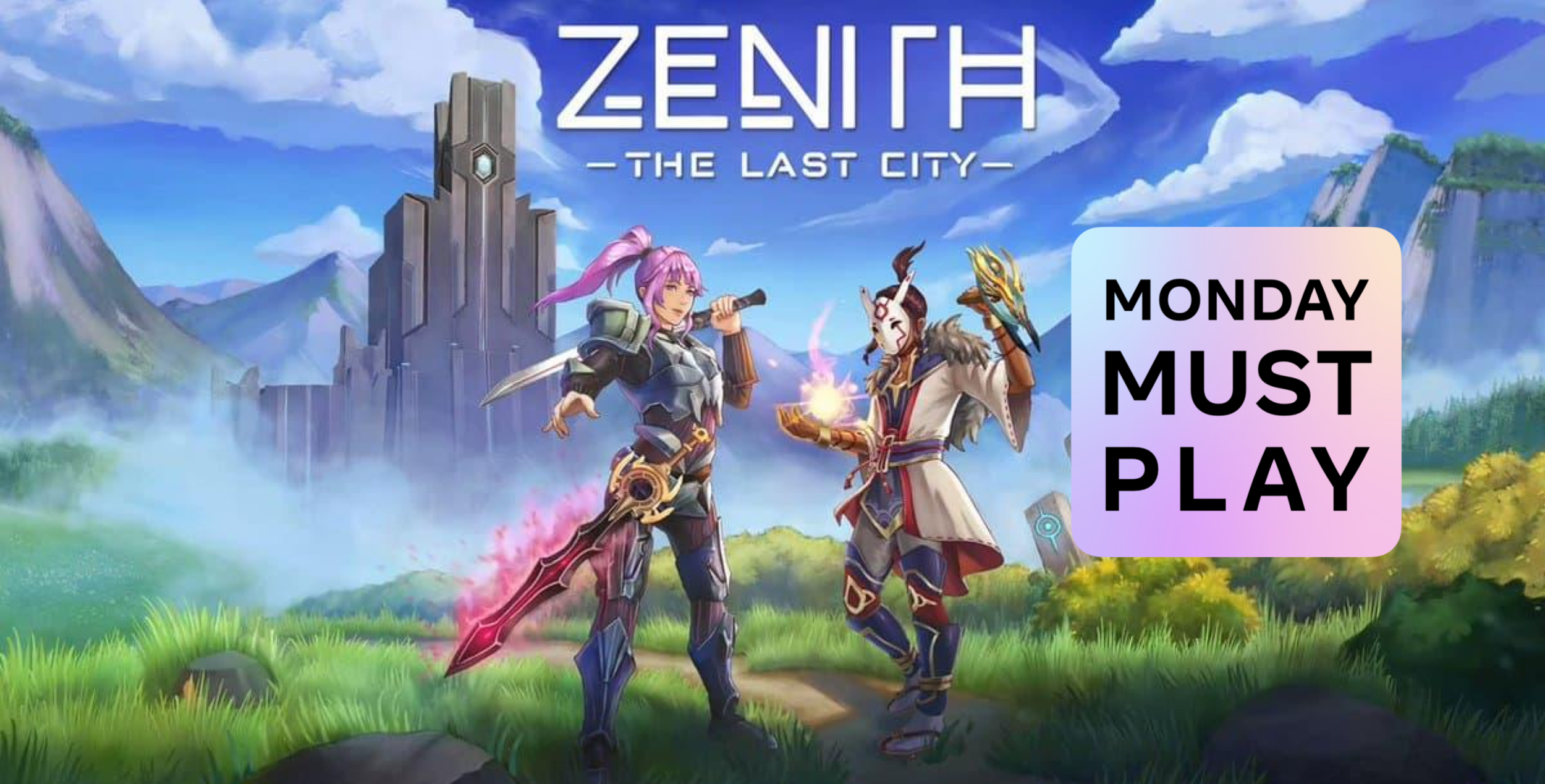 We’re back with our latest Monday Must-Play! This weekly article series highlights Meta Quest 2 VR games you don’t want to miss. Each week, we encourage readers to share their thoughts about the chosen game in our Monday Must-Play Game Club on Facebook as well as across social media platforms like Twitter, Instagram, and others using the #MondayMustPlay hashtag.

If your childhood was anything like mine, then you probably have fond memories of growing up with MMO games like EverQuest and Phantasy Star Online, in addition to watching MMO-themed anime like .hack//SIGN and Sword Art Online. Fortunately, you’re in luck because Zenith: The Last City is a lot like that source material except it’s fully playable and real in actual VR headsets right now.

In Zenith, you take on the role of a powerful Agent that’s tasked with helping fight back against rising evil forces. As one of VR’s first truly large-scale open-world fully explorable MMORPGs, Zenith empowers you to glide through the skies, climb anything you can touch, and battle monsters with powerful magic and legendary blades of power.

Zenith features an ever-expanding world that’s waiting to be explored with dozens of hours of quests to complete and characters to meet. And what makes it even better is the welcoming community. When I came back to the game recently after taking a break, I got a tour of some of the new content by a friendly adventurer that was happy to show me around.

If you want more details about Zenith: The Last City, you can check out our in-depth developer Q&A, read our feature profile on the studio and the game’s development, or take a peek at our hands-on impressions from when Zenith first launched. Nowadays the Celestial Throne update is out too, which is a free expansion that introduced tons of new features and instanced dungeons for groups of adventurers.

Zenith: The Last City is available now on Quest 2 for $29.99 (and no subscription fee!) including cross-buy for Rift and full persistent online cross-play support across Quest, PC VR, and PSVR versions of the game. Plus, don’t forget to join the Monday Must-Play Game Club on Facebook to chat with other VR gamers about the games each week and share your thoughts, screenshots, video clips, and more on social media using the#MondayMustPlay hashtag. For past entries, check out Gun Raiders, Cooking Simulator VR, and Shock Troops.