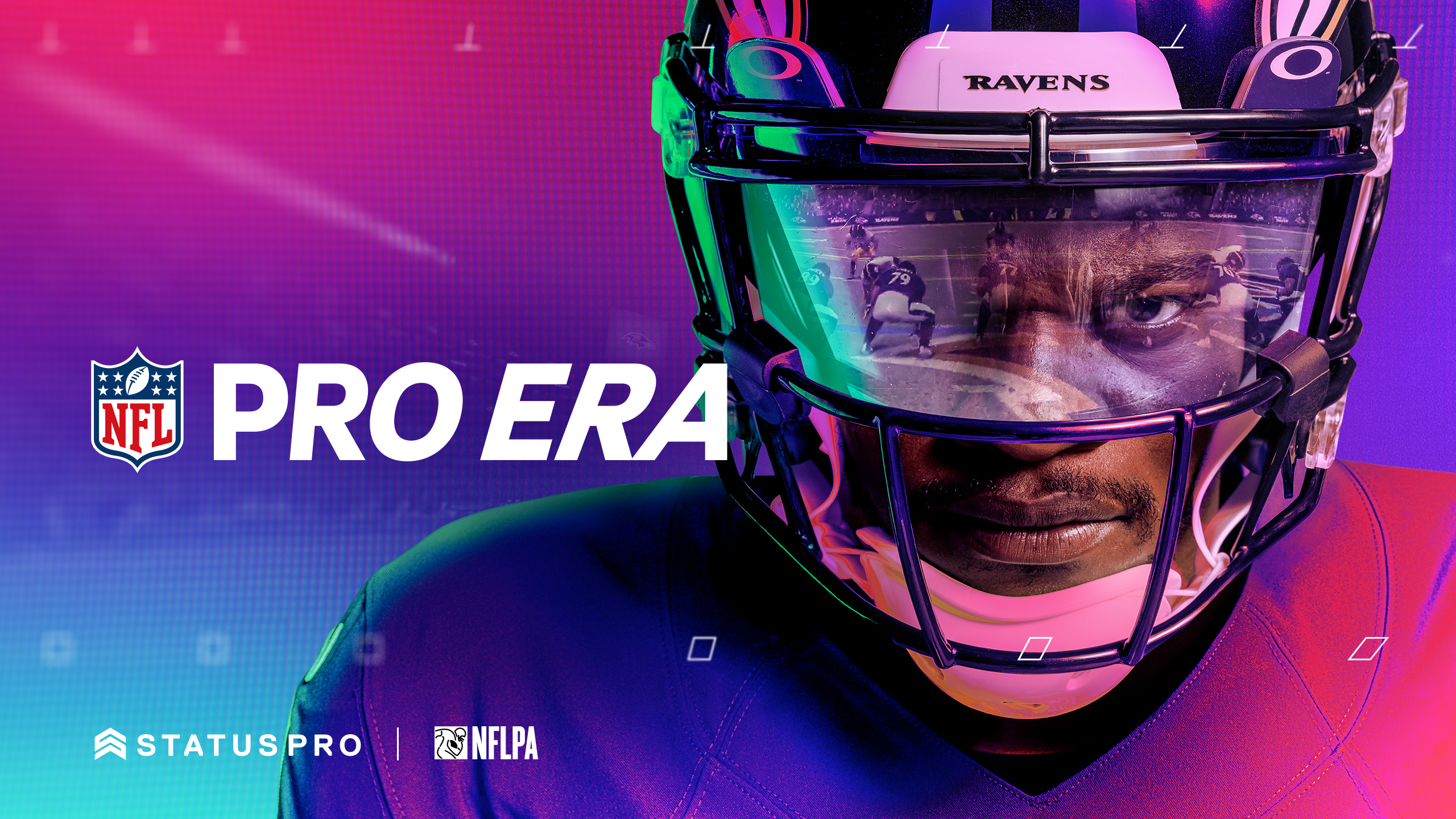 Prepare to experience the intense thrill of playing quarterback in the National Football League like never before with NFL PRO ERA, out now for the Meta Quest Platform. From developer StatusPRO, in collaboration with the NFL and National Football League Players Association (NFLPA), NFL PRO ERA is the first-ever officially licensed VR simulation football game featuring all of the iconic teams, star players, and immersive details of real football.

In NFL PRO ERA, you’ll lace up your virtual cleats as the new starting quarterback of your favorite NFL team and experience what it’s like to walk out of the tunnel, take the field, and command the huddle as a leader. Featuring authentic 11-on-11 football simulation, including the ability to play through entire seasons in a bid to win the Super Bowl, this is VR football like you’ve never seen before.

“We are excited for fans to feel how fun it is to make the plays and game decisions of an NFL quarterback, just like our cover athlete Lamar Jackson,” says Andrew Hawkins, Co-Founder and President of StatusPRO and former NFL wide receiver. “Getting to relish in the energy of thousands of cheering fans, in your favorite stadium, as you get a glimpse of what it takes to compete at the highest level in our game is truly something I feel every football fan is going to remember forever. It’s one thing to experience sports games from a broadcast point of view, it’s another to step into the shoes of your team’s quarterback and choose from more than a hundred plays and then successfully run a shotgun normal quick slants 86 or a pistol ace wide receiver comebacks while the defense is coming right at you. NFL PRO ERA is the future of the field.”

But NFL PRO ERA isn’t just a scrimmage simulator—it lets you spend time as an NFL quarterback in multiple ways both on and off the field. From exploring the locker room and trophy displays, or hitting the practice field and warming up with mini game skill checks, to completing an entire season or just a quick two-minute drill, there’s something for every type of football fan here. You can even hop into a multiplayer sandbox mode to hang out with friends, play catch, and explore the field and sidelines of any NFL stadium you’d like.

“For fans to be able to experience everything that I do, from a quick slant to a long bomb while trying not to get sacked, is next level,” says Baltimore Ravens quarterback Lamar Jackson. “This is unlike any other game you’ve experienced. As the quarterback, you take the snap, and you feel the pressure of what it’s like to make a big play. The gameplay action is as close to reality as you can get! I’m proud to be the brand’s first-ever cover athlete.”

Strap on your shoulder pads and prepare to get closer to the action than ever before with NFL PRO ERA, out today on the Quest Platform for $29.99 USD.