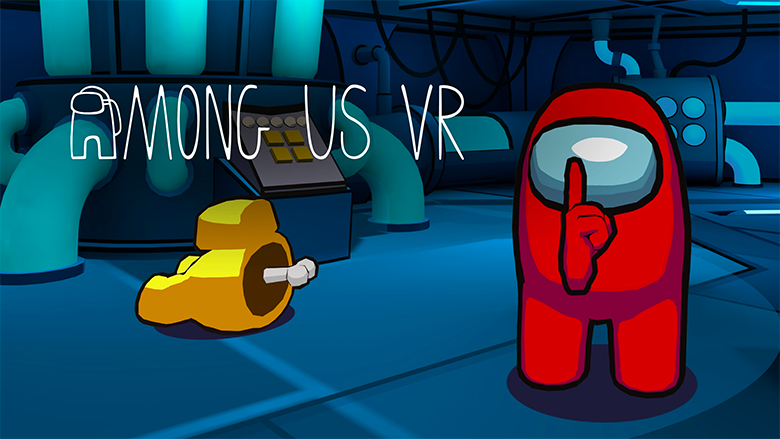 Gather ’round, Crewmates—it’s time to eject the Impostor aboard the Skeld II! That’s right, Among Us VR is now live on Meta Quest 2 and Meta Quest Pro, bringing the beloved party game to life like never before. Innersloth LLC, Schell Games, and Robot Teddy rebuilt the game from the ground up to take full advantage of the immersion and affordances of VR, letting you embody your Bean from a first-person perspective.

“We wanted to preserve the core and the heart of Among Us, which we discovered through play was mostly about the social interaction,” says Among Us VR Project Director Mike Traficante. “It’s really a game about getting together with people and being granted permission to lie to them, and the fun that comes from that. What we discovered right away when we started working in the VR space was that when you’re in person with other people, you can see their face, you see their face mask and their hands, you hear their voice and it’s directional, and it’s just so intimate that the lying deal is either so good or so super awkward, depending on your psychological makeup—but it’s so real in a way that the original game isn’t. That was super exciting.”

Rather than simply porting the game from 2D surfaces into VR, the team wanted to make Among Us VR a truly standalone product—one that would appeal to die-hard fans of the original who may never have donned a VR headset to VR aficionados who may have been unfamiliar with the pandemic gaming poster child and everyone in between. Through an iterative design process and copious amounts of play testing, they successfully redesigned the game from a third-person POV to a more immersive first-person perspective complete with one- and two-handed locomotion options and optimized comfort settings.

“We definitely did a lot of tests of various approaches to problems, even as fundamental as locomotion,” explains Among Us VR Design Director Michal Ksiazkiewicz. “We explored third-person movement, we explored teleporting, and we explored stuff that we were concerned might be a barrier. Among Us is a game that can take a while to play, and playing for a while in VR can cause discomfort for some people. The more we explored, the more we realized that, like Mike said, the core premise of Among Us is all it takes, and all we had to do was make sure we didn’t get too much in the way of that and make it as smooth and easy to get into as possible for both people who spend a good amount of time playing the original Among Us and people who are just excited to play something in VR.”

“We were able to do a lot of syncing up with Robot Teddy and InnerSloth and figuring out just what this should be,” adds Among Us VR Lead Producer Jennfer Rabbitt. “We got to just really stay close with them. Even from the get go, we called it this co-development relationship, and we wanted to preserve what made the game so good. … One of the things that they wanted to make sure of was that this didn’t turn into a horror game. And we certainly realized that this could easily head into that territory with just how intense it is. Even the original game is just really intense and depending on your personality, if you’re the impostor, it can be more intense, or if you’re the crewmate, it could be more intense. And then once you make that first-person switch, that intensity ramps up all on its own, so we definitely wanted to make sure we kept that light and cheekiness and playfulness that we felt the original game had. Keeping that intact for the VR version was really important for us and became very core to what we did.”

The end result is a charming game of interstellar subterfuge that celebrates its predecessor even as it stands to break new ground with the promise of post-launch updates.

“Among Us VR will develop its own community, and we want to listen to them,” notes Rabbitt. “We want to give this space and enough flexibility for us to grow it into its own product and be its own thing. This is the starting point. We really wanted to stay true to VR and what is immersive—what works for VR, not just consistently translating the original game. And Innersloth and Robot Teddy are very much on board with that ethos.”

Check out our full interview with Traficante, Ksiazkiewicz, and Rabbitt for an even deeper dive into the makings of Among Us VR, and put your own sleuthing skills and deceptive strategy to the test on Meta Quest 2 or Meta Quest Pro today.