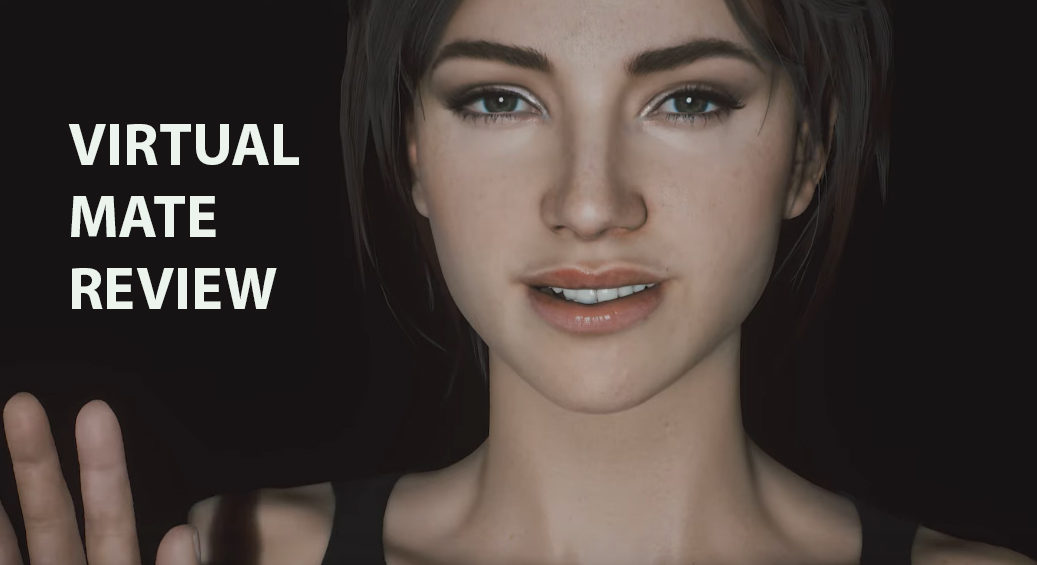 Virtual Mate is a virtual reality adult game that’s currently in crowdfunding mode. Virtual Mate was launched on December 15th, 2019 for Crowdfunding and hopes to raise money for a full launch. The technology, according to the company’s CEO Jeff Dillion, has been in the works for two years.

But how good is it?

In terms of a concise explanation of the product, Virtual Mate allows men to move a Fleshlight style gadget over their dick, the movements are reflected by the virtual girls on screen. This is not a Fleshlight, rather, the design is similar, as is the use. The difference is that when you move Virtual Mate up, down, or side-to-side, the girl on the screen’s body reflects those movements.

Virtual Mate Review: What Is It Exactly?

California’s Unreal Engine created what they believe is the future of virtual sex. Virtual Mate’s function is to engage the user in a way that’s never before happened. While the media hype is a bit overkill (which is expected), the product’s ability to mimic a man’s movements to the display is pretty captivating.

The male sex toy device clearly makes it a male-only game. But the manufacturers say they are working on a female version. I’d imagine that’s contingent on a clean launch by the current version.

Virtual Mate should be ready for a full launch in a matter of a few weeks.

To start Virtual Mate, you press a button located on the top and the device fires up.

Once you’ve synced with your chosen platform, it’s pretty self-exclamatory from there.

Speaking of Sheila, let’s get into her a little more (pun intended)

Just look at this close up shot of a Sheila’s eyes.

Here Sheila is riding you while you’re using the device (at least, this is the sample, the device customizes itself to your movements).

As you can see, Virtual Mate graphics provide far more than just some lovey-dovey VR embracing.

Instead, the sexual ecosystem is vibrant and sexy and enticing.

Again, Virtual Mate wants to sign on more girls, but I’m sure that relies on the product being successful.

Virtual Mate works with PCs and Macs alike. Additionally, to truly beef up your virtual sexperience, the device is compatible with both Oculus and HTC Vive. When you use a VR headset, you’ll get the full Virtual Mate experience, no doubt. In terms of your computer’s hardware, Virtual Mate has yet to publish any specifications. Instead, they tell you that if you can play World of Warcraft, you should be set.

In terms of your smartphones, you can use Virtual Mate with Gear VR and other similar devices.

The eventual normal cost will be $399, according to the manufacturer.

That could change, of course.

So then why is Virtual Mate so unique? Is it just marketing?

Here’s a sample of Virtual Mate technology at work.

Virtual mate’s main girl, Sheila, who is used in my sample graphics above, reacts to your movements. She also speaks in real-time.

It currently only caters to men.