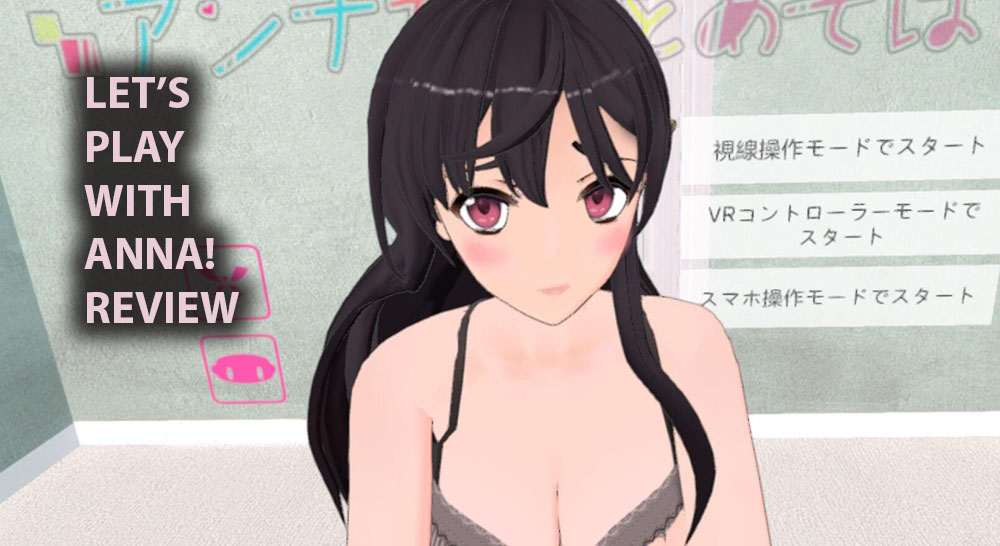 Let’s Play With Anna! – What’s It About

You can change Anna’s clothing.

The entire experience is synced up with your devices.

There is nothing complicated about the Let’s Play With Anna! experience. It’s easy to pick up on the game. It’s intended to be a highly visual experience that’s both immersive and addictive. It definitely accomplishes both.

Let’s have a look.

Developers created Anna as a sexy, yet soft, Disney-eyed character that’s submissive and gentle. Her breast is nearly perfect, but not so perfect that they don’t appear real.

Her eyes have a sinister red shade, but the eyebrows and pink tones in her cheek keep her personality restrained.

In general, her body contorts in a realistic fashion. For example, when she’s riding you, her natural tits swing and sway according to the laws of cowgirl sex physics.

Let’s Play With Anna! works on Oculus Rift CV1, HTC Vive, and Windows. Your iPhone 4 or Android 4.2 (or later for each respectively) can serve as controls for VR experiences.

What someone will pay for it.

So you decide and give us some feedback if you felt the experience was worth paying for.